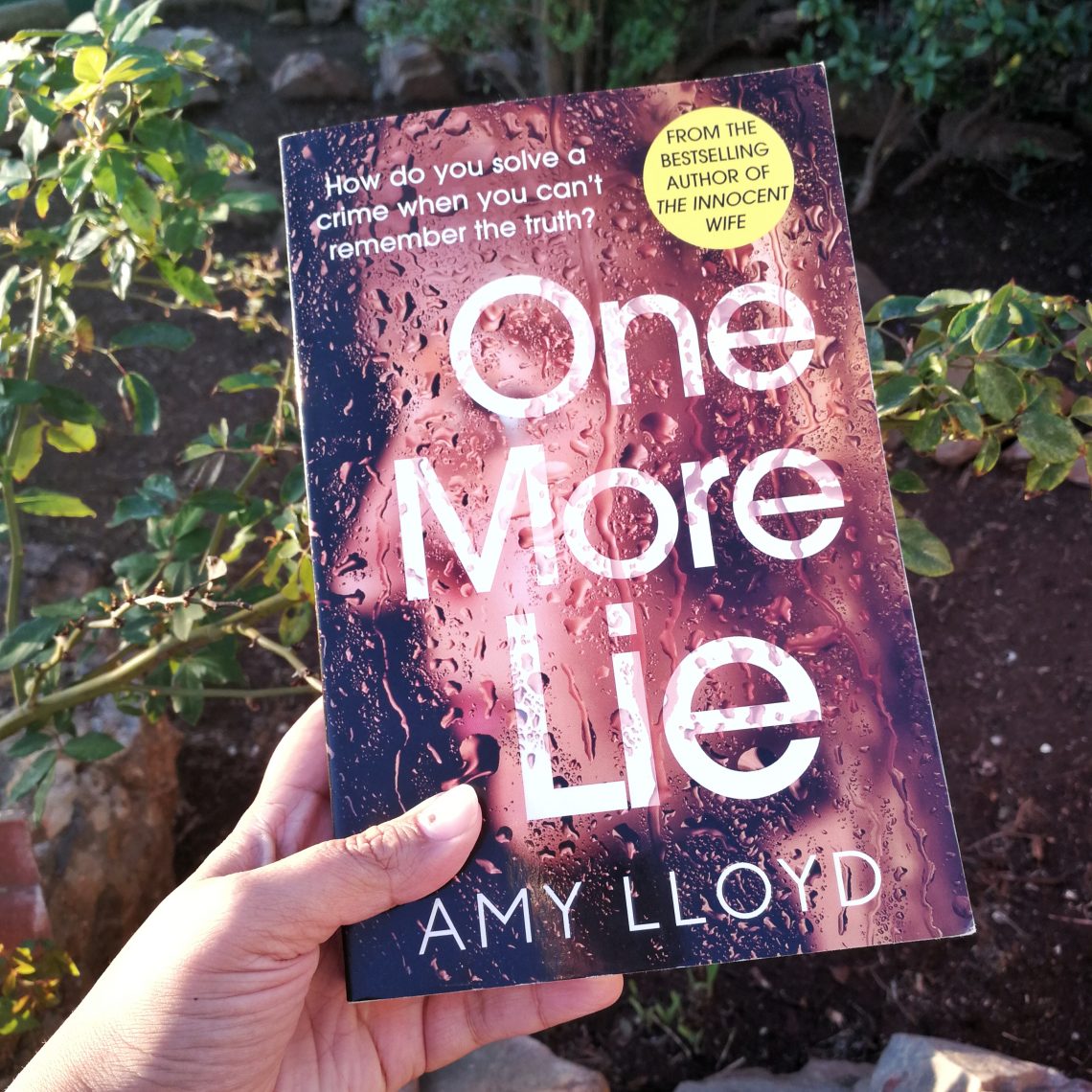 Do any of you remember the murder of James Bulger back in 1993? It was a case and story that really haunted me and I think captivated the attention of the world! Trying to imagine what James went through, hurt my soul physically. Then later in life, I wondered if the murderers ever felt remorse or did they just get on with life? There’s this morbid curiosity….and One More Lie, at first glance, hints at lifting the curtain on my curiosity.  I knew I was going to inhale this book, no matter what.

Charlotte wants a fresh start. She wants to forget her past, forget her childhood crime – and, most of all, forget that one terrible moment. It’s the reason she’s been given a new name, a new life. The reason she spent years in prison. But even on the outside, with an ankle monitor and court-mandated therapy, she can’t escape the devastating memory of the night that turned her and her only friend into national hate figures. But now her friend has found her.

And despite the lies she tells to survive, she soon finds herself being dragged deeper and deeper into a past she cannot confront. Even if it’s going to cost Charlotte her life…

Firstly, I love the cover….this just made me want to climb into bed and get stuck into the book. I’ve never really cared too much for covers, but the more I read and photograph, I’m noticing them more and more. How the cover actually ties up to the book and the storyline is something that I take notice of now.

This is the first Amy Lloyd novel I’ve read and it definitely won’t be the last. Her writing style was so captivating and engaging. I love it when a writer makes me feel as if I’m standing in the actual story, witnessing everything from 2 metres away. This was one of those books. Also she did a great job of narrating in the past and present, even though the past ‘flashbacks’ were not in sequence. In one chapter Charlotte is 6, then she is 10, then she is 8, etc. Amy also did a great job with the character development, though I felt I knew Charlotte and Sean better as kids than adults. It was difficult to picture this adult Charlotte in my mind. 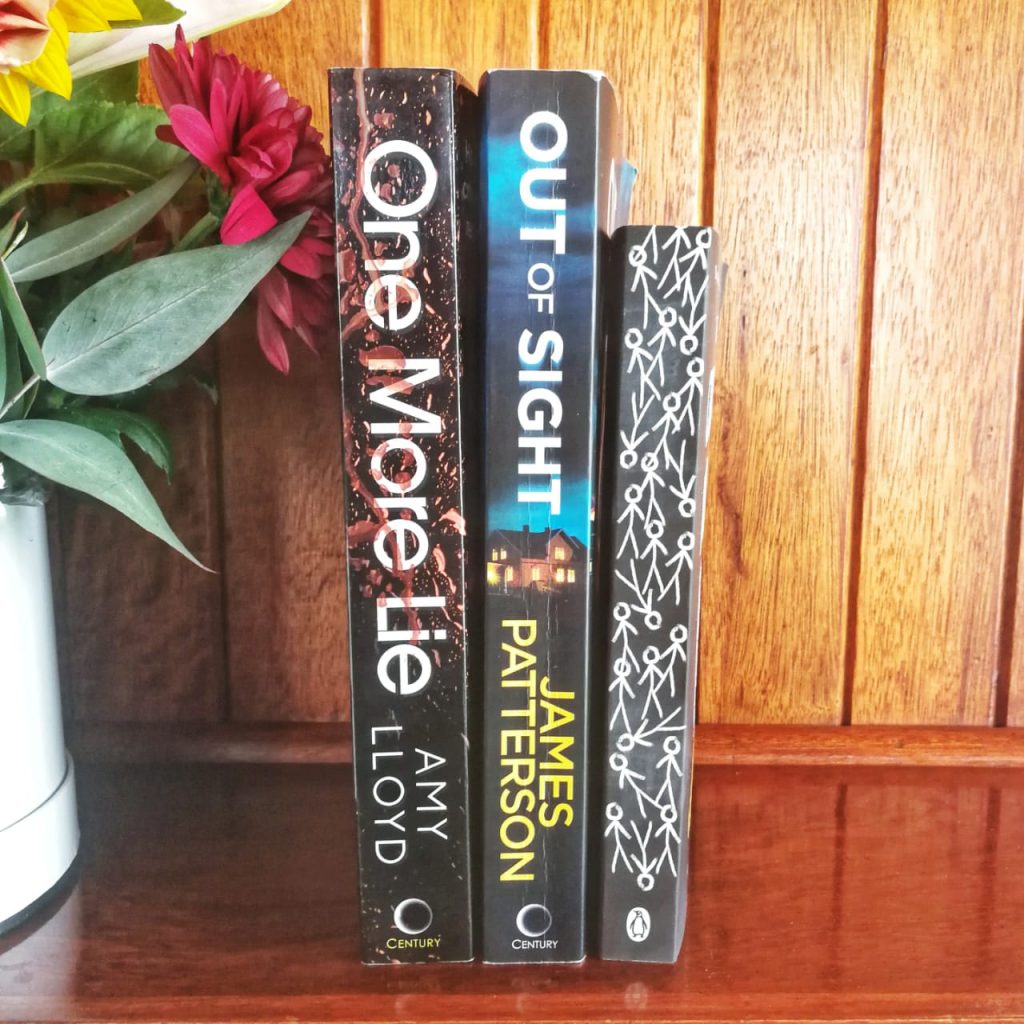 The plot of this book really intrigued me straight off the bat as I mentioned in my intro. What happened to James haunted me as a 12yr old back in 1993. One More Lie is an interesting viewpoint into hypothetically what those kids experienced when they were released from prison. Where you witness the transition from kid behind bars, to adult in the real world. Can they adapt? Do they actually have a chance to start over?

I feel so sorry for Charlotte’s character, despite me wanting to also get to the ending and what exactly happened on THAT day. The narrating in the past is to reveal the actual events, as Charlotte hopes to remember what happened on that fateful day. A reveal I know, as a mother, automatically has to make me hate her and Sean. I mention Charlotte a lot, but Sean is also there and *sigh*…I can’t do spoilers, so you’ll have to read to understand my turmoil.

If I had any critique?

I think I was only left wanting in knowing what happened during the trial. Also, I was curious as to Sean and Charlotte’s relationships with their blood relatives once they were implicated in this crime. We invested a lot of time into their relationships as kids, with each other and their carers, so I would have liked some more information as to what happened with those relationships.

I really enjoyed this book, though maybe enjoyed seems like an awful thing to say, considering the subject matter. The writing was good, the plot was unique (to me) and there were no loose ends, well except for my critique above. The book was also well-paced and absorbing. One More Lie did not feel 400 pages long. If Amy had to delve into the information I wanted, this book surely would have been 800 pages long. Which is insane obviously.

May was an amazing reading month for me! On the day of writing this review, I have finished SIX books! There’s still a good couple of days left in the month, so I could easily make it 7! I’ve really gotten into a groove and I am enjoying the escape that reading gives me…. BUT it can be an expensive hobby when you’re popping into Bargain Books weekly at this stage.

One More Lie has an average of 4.06 stars on Goodreads and I agree, giving it 4 stars overall as well. This psychological thriller retails for around R290 and is available at all leading book retailers.  What do you think….will you be picking it up?

Thank you Penguin Books for sending this over! As always, all reviews are voluntary and my own opinions. 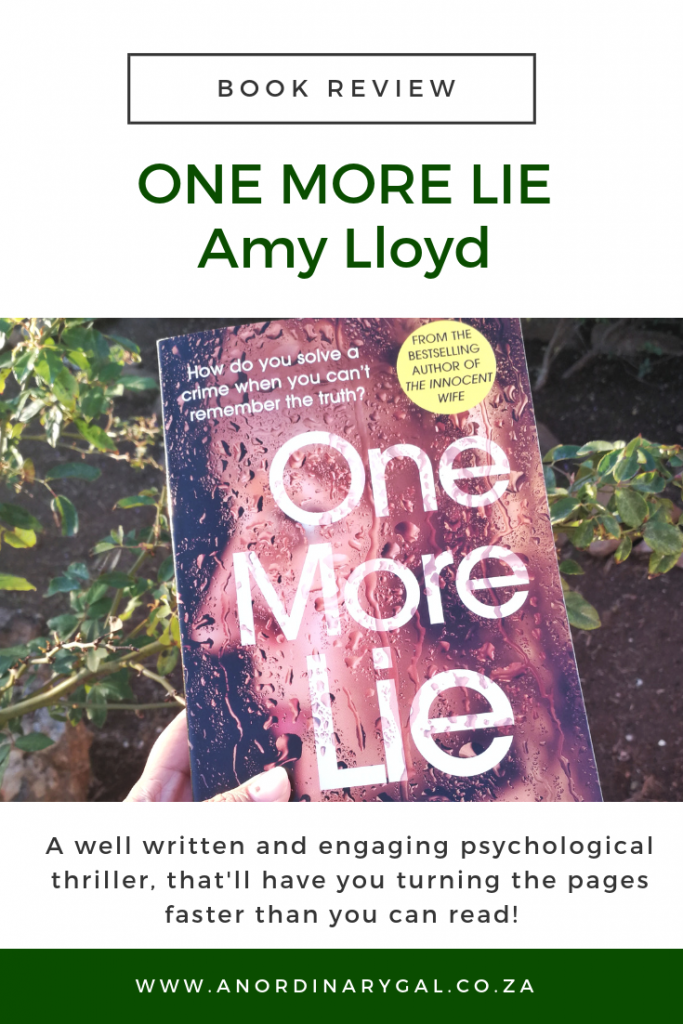 The 4 most amazing mascaras for amazing lashes 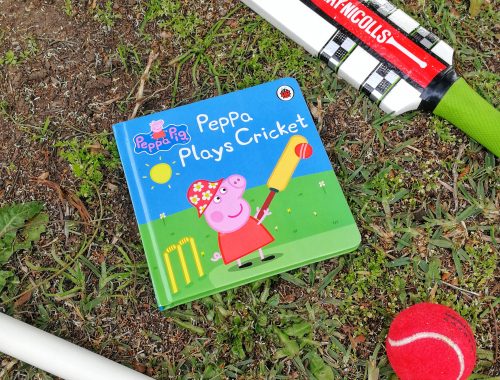 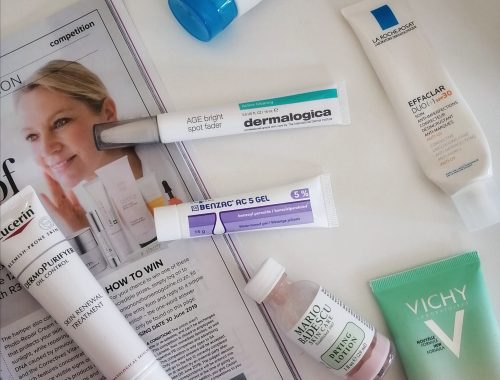 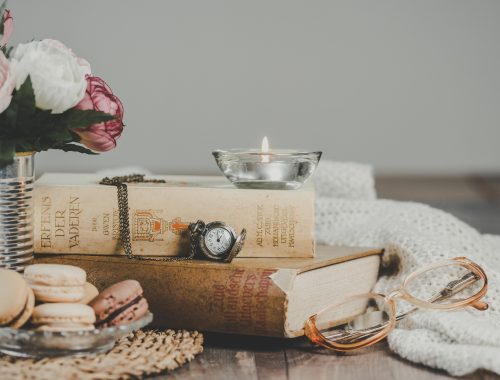 Why you need to join a book club! + {GIVEAWAY CLOSED}