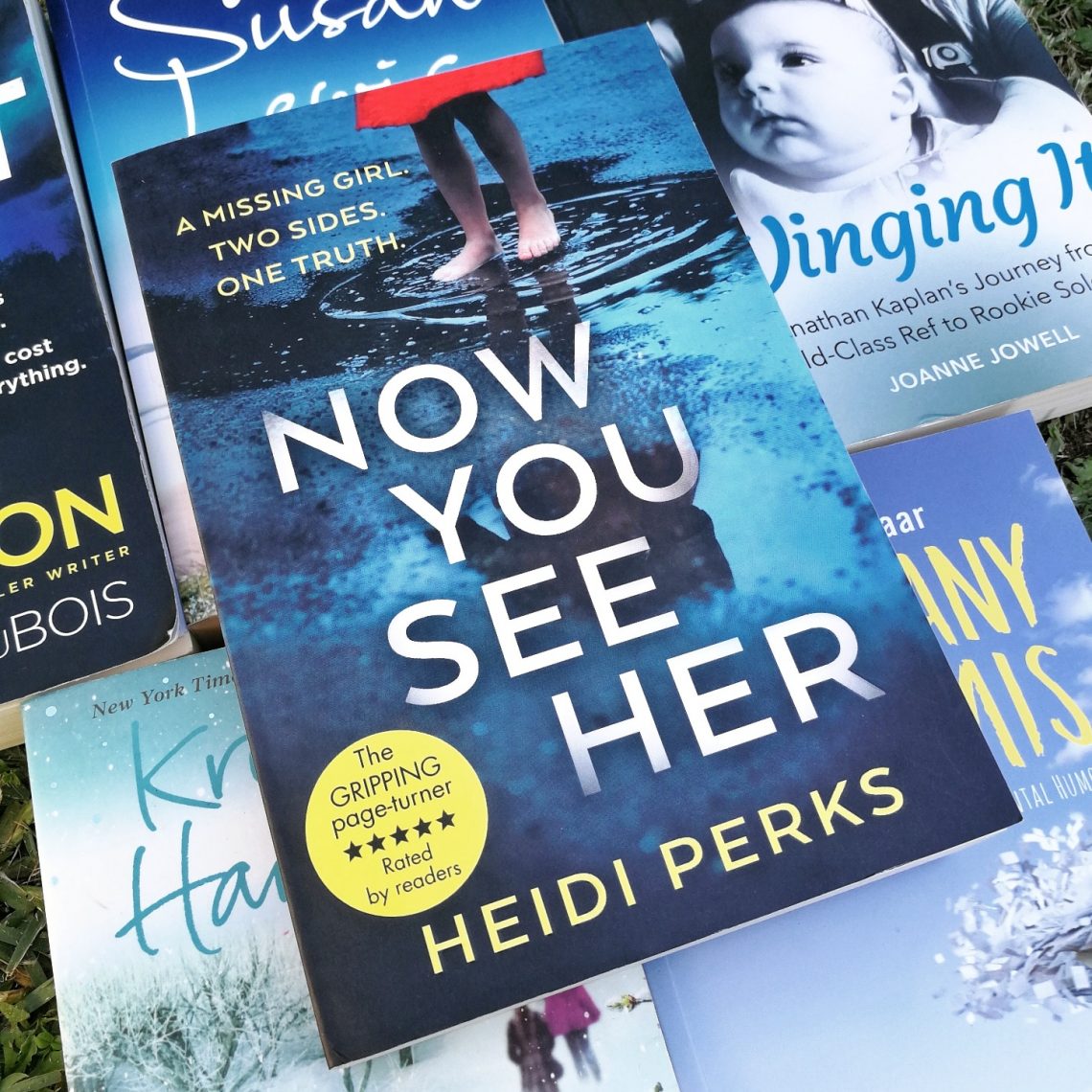 It’s so exciting to know I have book reviews lined up for weeks ahead of time, versus frantically trying to read a book finished on Thursday evening, hoping to get a post up for #BookReviewFriday. I know I have a type….and if you aren’t into thrillers, #BookReviewFriday is doing nothing for you. Sorry 🙂 A girl wants what a girls wants though….. I am going to try to branch out….. Promise. Today is not that day though….ha ha. I have another psychological thriller for you, with a plot that features my worst nightmare…a missing child. Now You See Her by Heidi Perks, had me breaking out in cold sweats at times. Grab a cuppa, and let’s dig in!

“One day I realized I wasn’t living anymore, I was surviving, and I didn’t want to do it any longer.”
— Heidi Perks (Now You See Her)

What is Now You See Her about?

Charlotte is looking after her best friend’s daughter the day she disappears. She thought the little girl was playing with her own children. She swears she only took her eyes off them for a second. Now, Charlotte must do the unthinkable: tell her best friend Harriet that her only child is missing. The child she was meant to be watching.

Devastated, Harriet can no longer bear to see Charlotte. No one could expect her to trust her friend again. Only now she needs to. Because two weeks later Harriet and Charlotte are both being questioned separately by the police. And secrets are about to surface. Someone is hiding the truth about  what really happened to Alice. 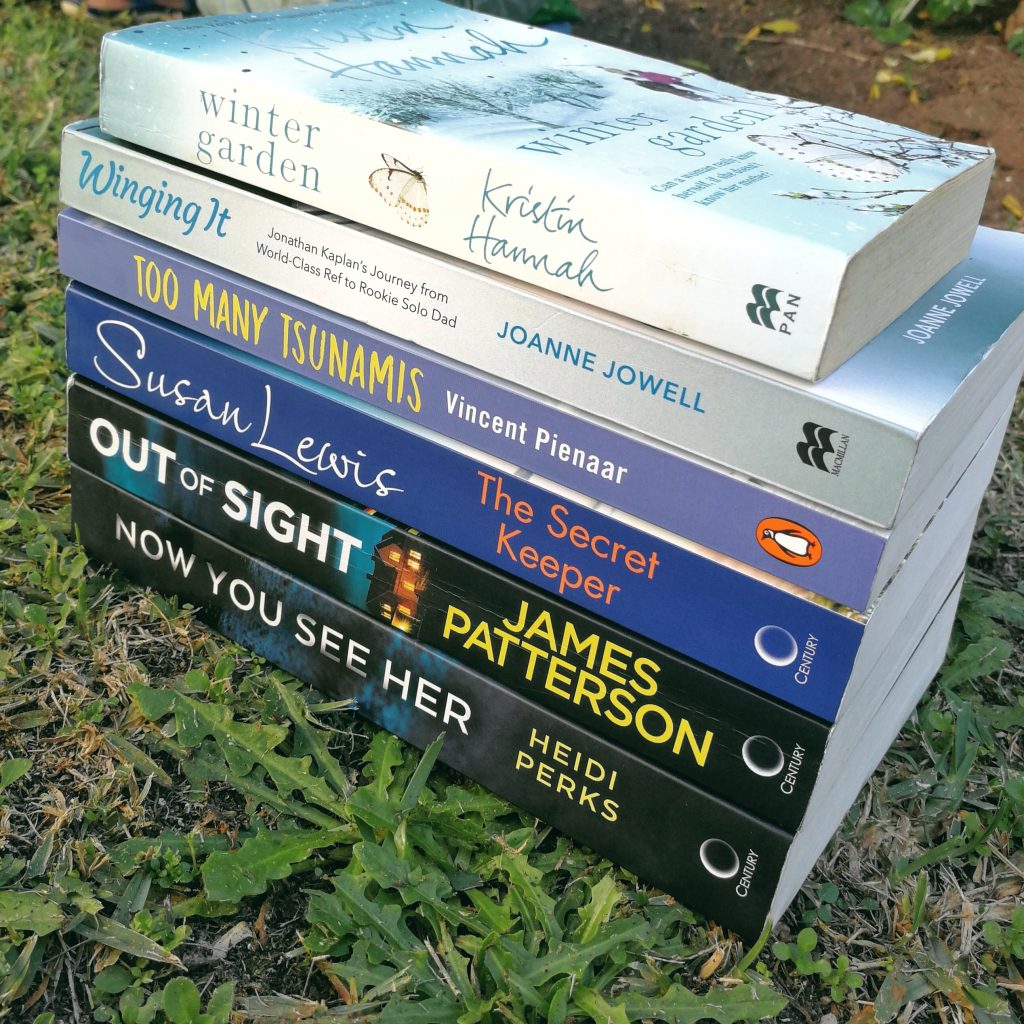 The cover is beautiful and I personally love it. You know this is about a child, just by looking at it…. but I think if they added her favourite stuffed animal, that would have just wrapped it up beautifully. That aside, the cover is interesting and hits home on the subject matter.

Now You See Her is the debut novel of Heidi Perks and the plot is one that intrigued me immediately. I’m disgustingly paranoid as a mother, so the idea that you can lose your child at a school fete, just fuels the reason as to why I am the way I am. Added to this, Charlotte has ‘lost’ her friend’s child…. which I think is another scary thought. When I have my nephews or my kids friends with me, heaven help me, that is the time I am less paranoid about my own kids, because I am super focused on the other kids. So this could be tied for top spot with losing your own kid!

Okay sorry, the review. I am drawn into this story….Charlotte’s story and Harriet’s story. We spend a lot of time delving into their relationships, how they became friends and their own history somewhat. The book is also narrated from each character at different times, so we go back and forth a bit. HOWEVER, the plot twist comes pretty damn early in the book, which had me going, ‘What the hell are we going to be reading about in the next 200 pages??’

Some critique if I may?

I found that some of the narrating was unreliable at times….. or perhaps my perception after facts are revealed may have been a bit off. I find it deceptive to be told ‘X is feeling a certain way’, and then that actually can’t be the case. Also some facts were blatantly stated, so there was no mystery as to what was happening in other aspects of the story. i.e.

“It would give him another reason to convince her she should have taken the medication she knew didn’t exist.”

If we are told the medication doesn’t exist, you can’t really buy into the narrative this scene is trying to sell us at all.

The story also mentions another missing boy, and I was hoping there would be some closure with that story, but there wasn’t.

I still enjoyed the book, despite the points mentioned above. The book was captivating, thought-provoking and touches on some other very relevant issues as well, issues I won’t mention for fear of spoiling the book. For a debut novel this was good, so I’m really interested in what Heidi Perks is doing next.

Now You See Her has an average of 3.99 stars on Goodreads and I agree with it, giving it 3.5 stars overall as well. This emotionally charged thriller retails for around R290 and is available at all leading book retailers.  What do you think….will you be picking it up? 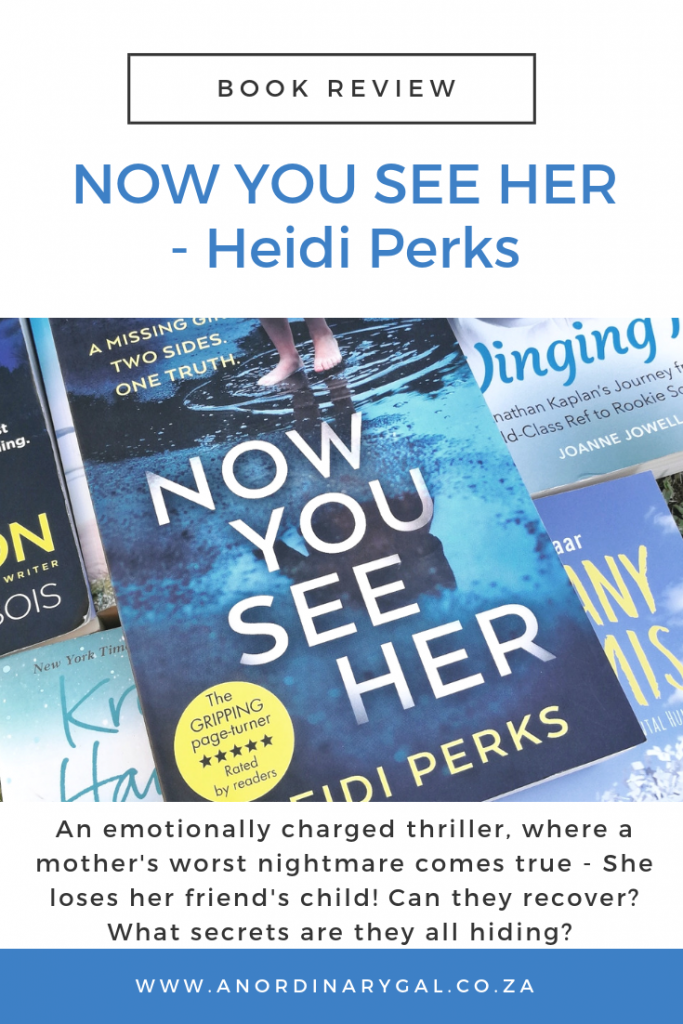 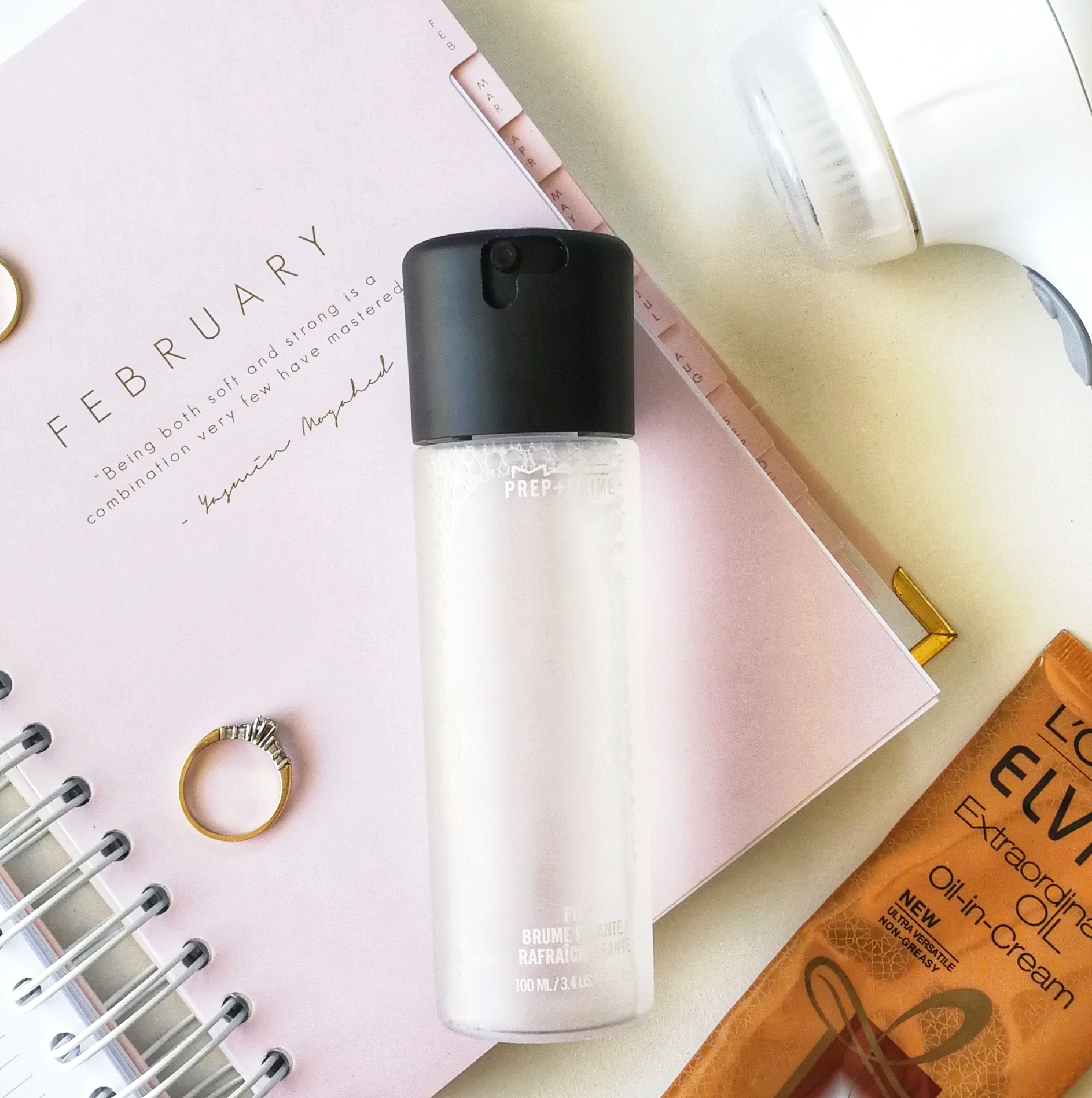 My February 2018 beauty and hair favourites! 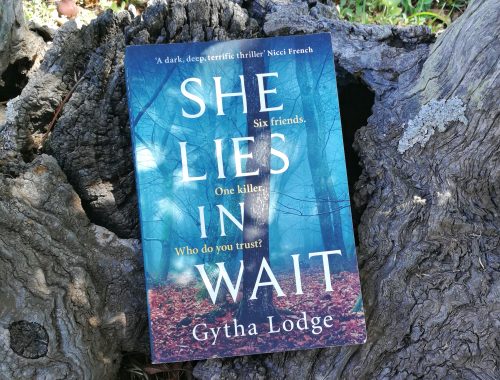 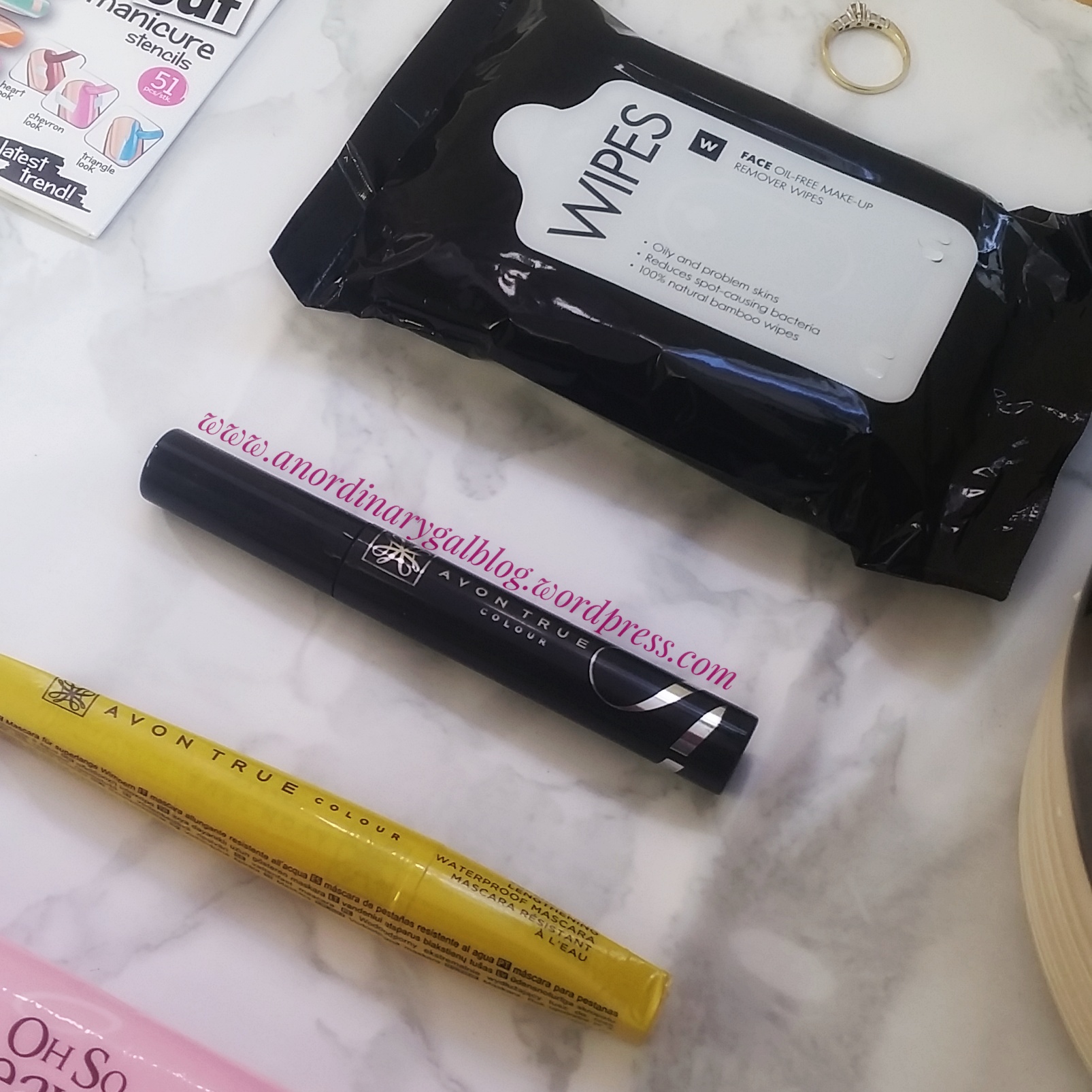