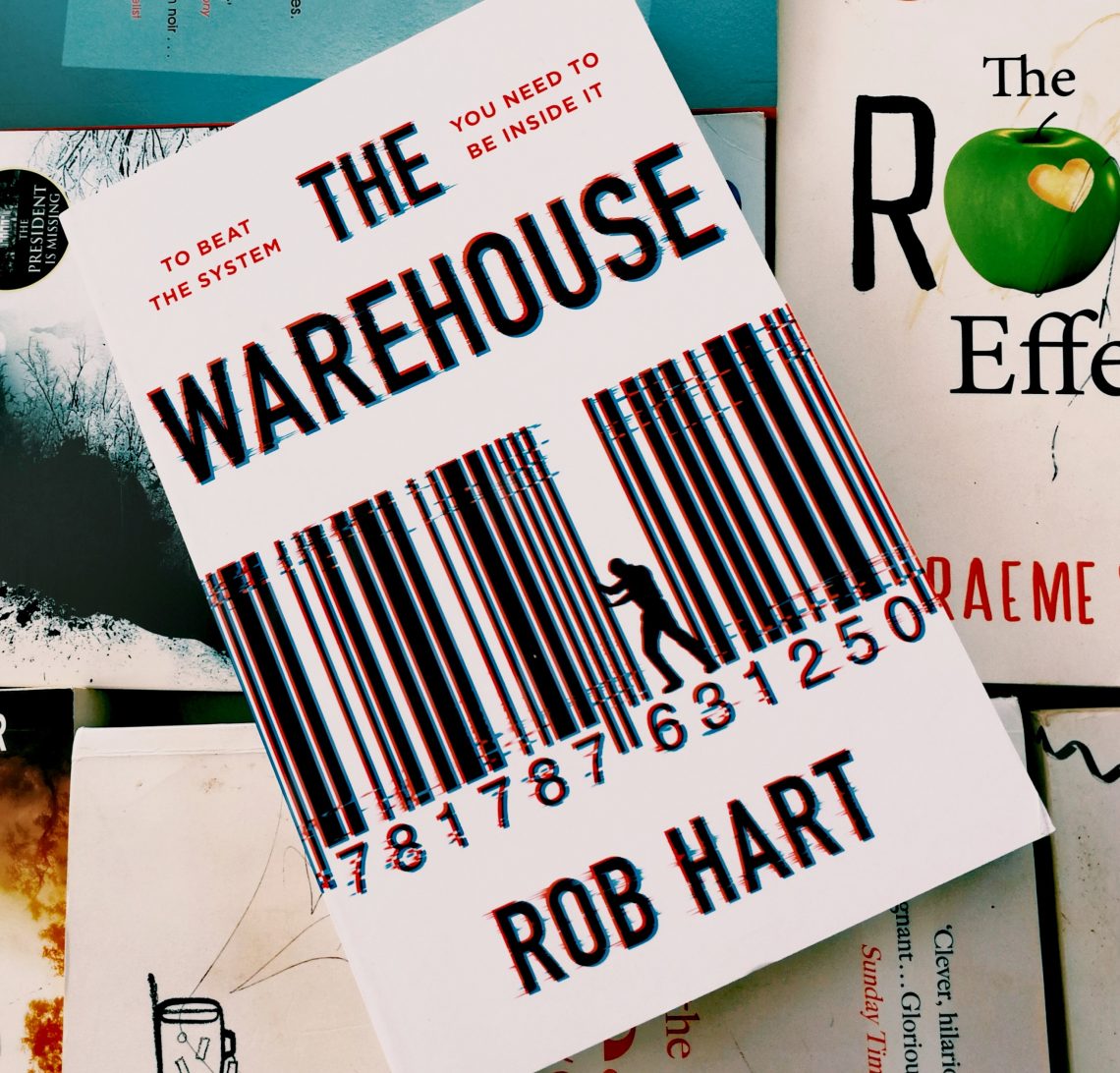 It’s the weeeeeekeeend Baby!! I used to love hearing that phrase on the radio back in the day, on a Friday morning! It never gets old I think, being excited about the weekend…right? Weekends bring with it, family time, socialising time, relaxing time and possibly, reading time. I asked my husband how many books he thought I’ve read for 2019 so far. His answer: about 50? You read a lot of books Simone! I was disappointed, because I too felt like 50 is what it felt like. The truth though, is I’ve only read 25 books so far for 2019. That excludes the books I did not finish, but still. Anyways, so I am trying read a bit faster to hit at least 40 for the year, though my goal is 30 books. Today’s book adds to my tally, and that is a book titled The Warehouse.

What is the Warehouse about?

Paxton never thought he’d be working for Cloud, the giant tech company that’s eaten much of the American economy. Much less that he’d be moving into one of the company’s sprawling live-work facilities. But compared to what’s left outside, Cloud’s bland chainstore life of gleaming entertainment halls, open-plan offices, and vast warehouses…well, it doesn’t seem so bad. It’s more than anyone else is offering.

Zinnia never thought she’d be infiltrating Cloud. But now she’s undercover, inside the walls, risking it all to ferret out the company’s darkest secrets. And Paxton, with his ordinary little hopes and fears? He just might make the perfect pawn. If she can bear to sacrifice him.

As the truth about Cloud unfolds, Zinnia must gamble everything on a desperate scheme—one that risks both their lives, even as it forces Paxton to question everything about the world he’s so carefully assembled here. Together, they’ll learn just how far the company will go…to make the world a better place. 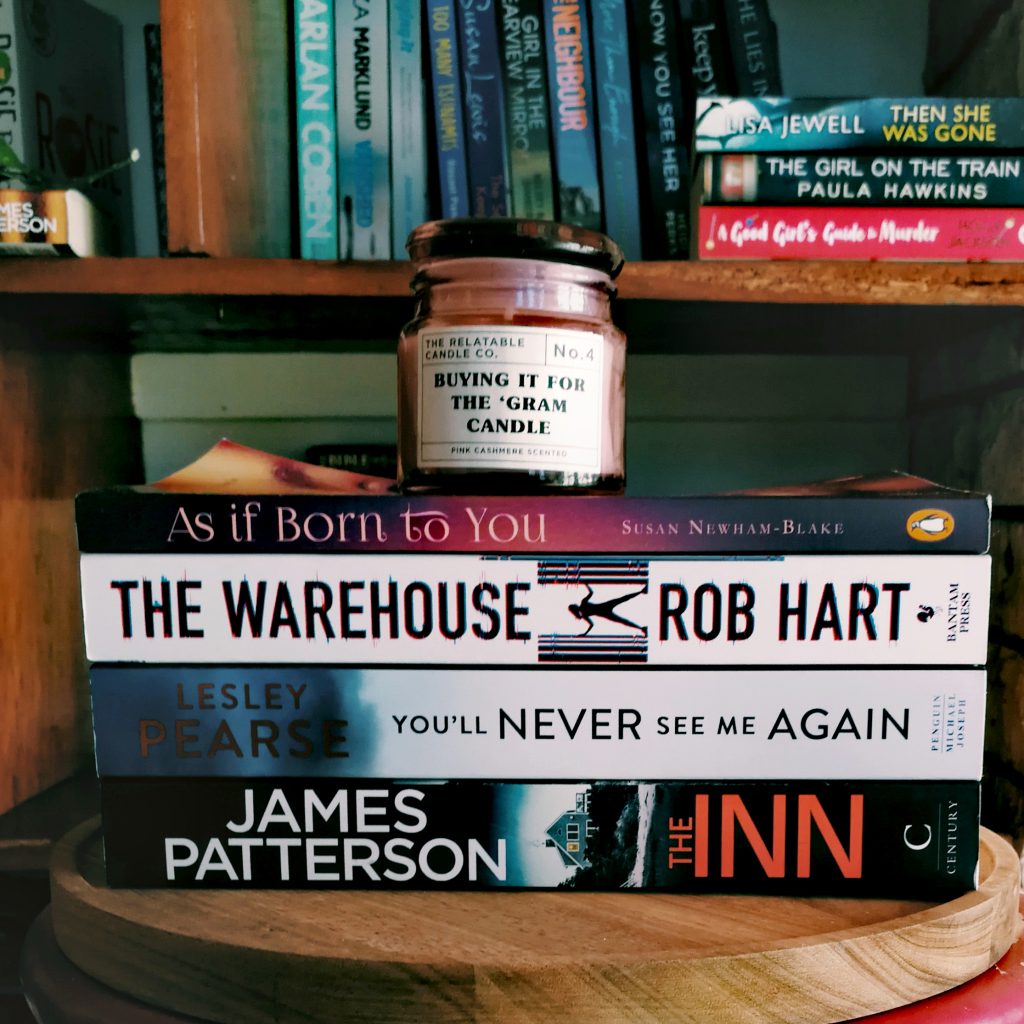 Honestly, I had no idea what this book was going to be about. I had to google to find out that this sort of book falls into the dystopian genre. Heck I had to google what ‘dystopian‘ even meant. We live and learn right? So I went in blind basically, which is great, having zero expectations of a book.

From the minute I started reading The Warehouse, I started thinking about the world we live in, and how this type of world illustrated in the book, could indeed become a reality. There are no jobs, no clean water, climate change…the government sure as hell doesn’t seem to be in charge.  The book talks about gun violence and also, the whole internet seems to imply that Cloud is very reminiscent of Amazon.

The Warehouse is a well paced, interesting read. It gets dark…you can’t help but feel disturbed by the laws and the adverts as they play out. It’s scary! But not like…Nightmare on Elm Street scary! The book is very descriptive and I enjoyed Rob Hart’s writing style. It was very easy, flowed well. Perhaps at times, too descriptive….like I literally had to reread and just try to picture everything that was being described. It’s not like he’s describing a tree and a dog, it’s detailed stuff. Higher grade stuff at times.

The book is told from 3 different points of view, namely:

Besides the POV’s, the book is also broken into chapters. I quite enjoyed the format of the book. There’s one section that is very mundane: Wake up, wash face, work, walk down the passage, sleep. (This is an example, not word for word) It’s repeated a few times, with a few changes in the routine. It really added to the tone of this book, hitting home the monotony of the working environment.

Zinnia and Paxton start a friendship, though Zinnia, is really just trying to milk Paxton for information. Paxton though, really cares for Zinnia and I really wish good things for them in the book. I wish we got some more history into their characters and the world they lived in before Cloud.

We meet quite a few key characters in the book and I felt Rob really nailed describing their characters, their mannerisms, etc. I’d love to find out what else Rob Hart has written.

I was frustrated, because the ending was left a bit too open ended for me. I wondered about some of the characters in the book, what happened to them. It could be that it was left that way to possibly have a sequel to the book? Apparently that’s common with dystopian literature though, the endings are meant to leave you wanting….. 🙁

The Warehouse has a Goodreads rating of 4.16/5 stars. I’m rating this book a solid 4 stars out of 5. I want to state for the record, this is the 2nd book I’ve read in this genre (I think Eve of Man falls into this genre), and though the 2 books are nothing alike, I enjoyed them both. If you’re more seasoned in this genre, you may be more critical than I am.

The Warehouse retails for around R290, (but currently R209 on Loot) and is available at all leading book retailers.

Thank you Penguin Books for sending this review copy over! As always, all opinions are my own. 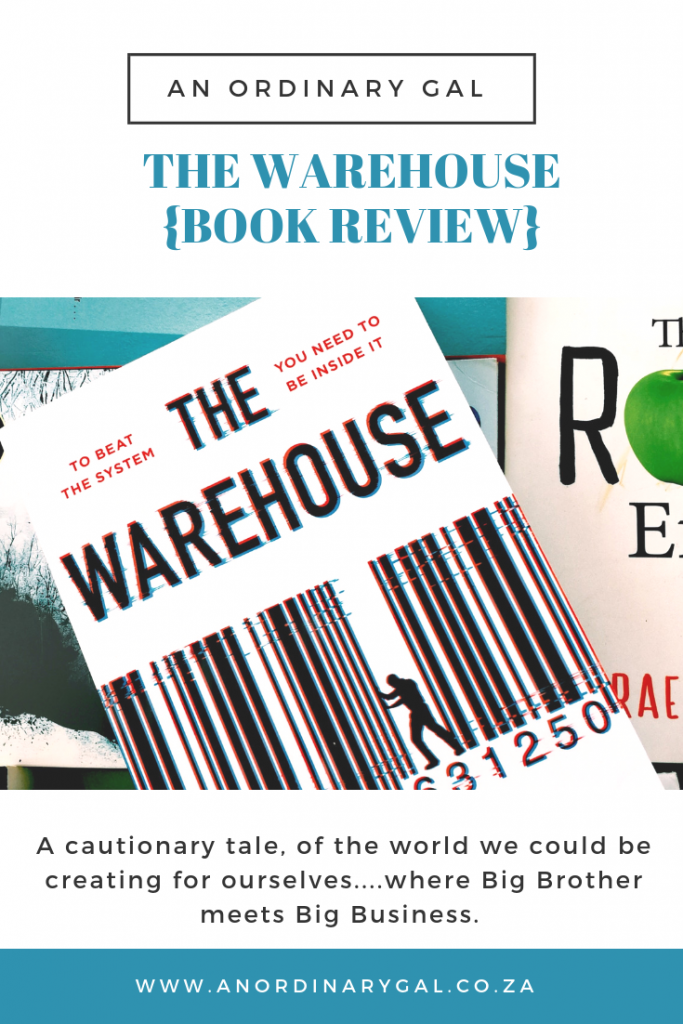 The handbag edit - my top picks all under R600!

We've got some more beauty product empties! Will I repurchase? 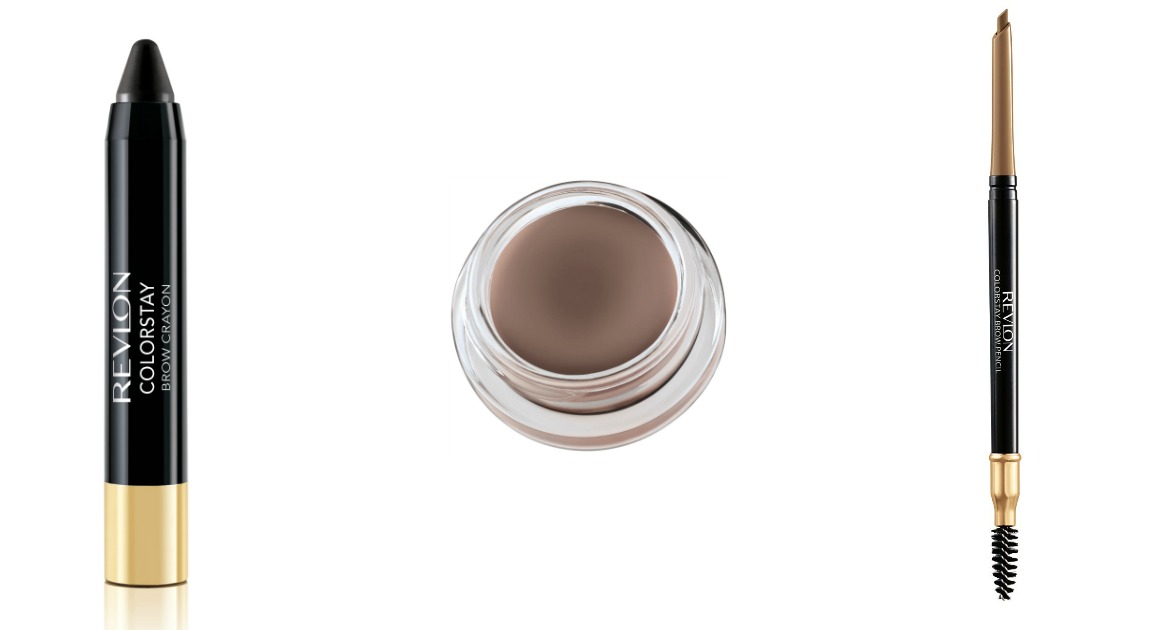 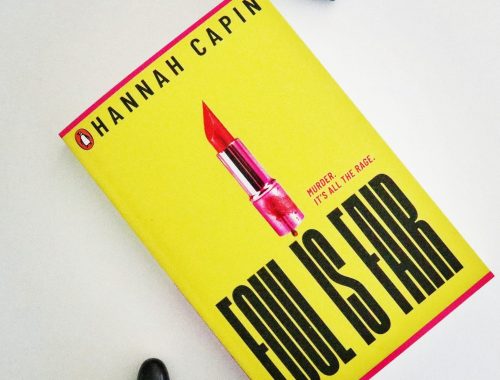 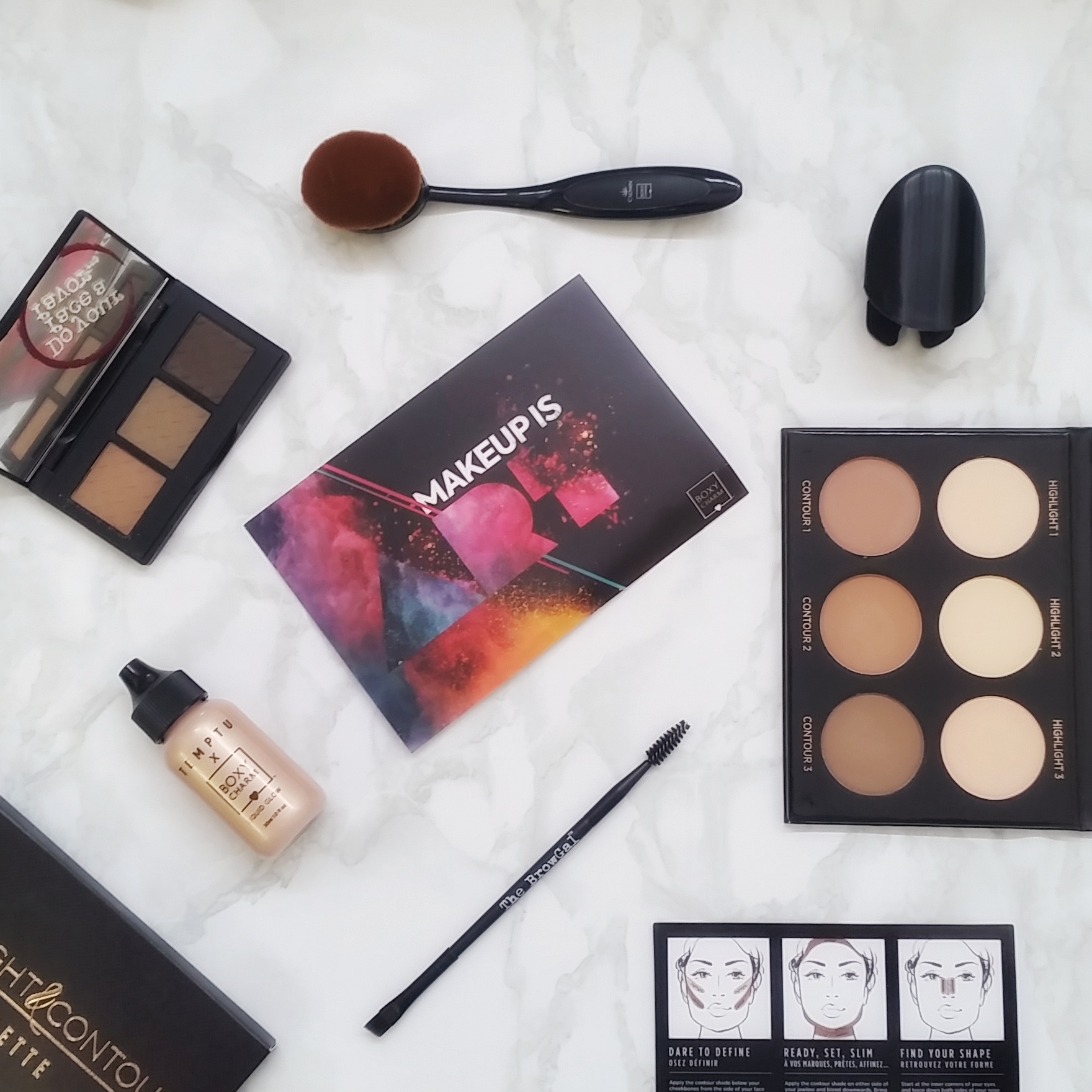