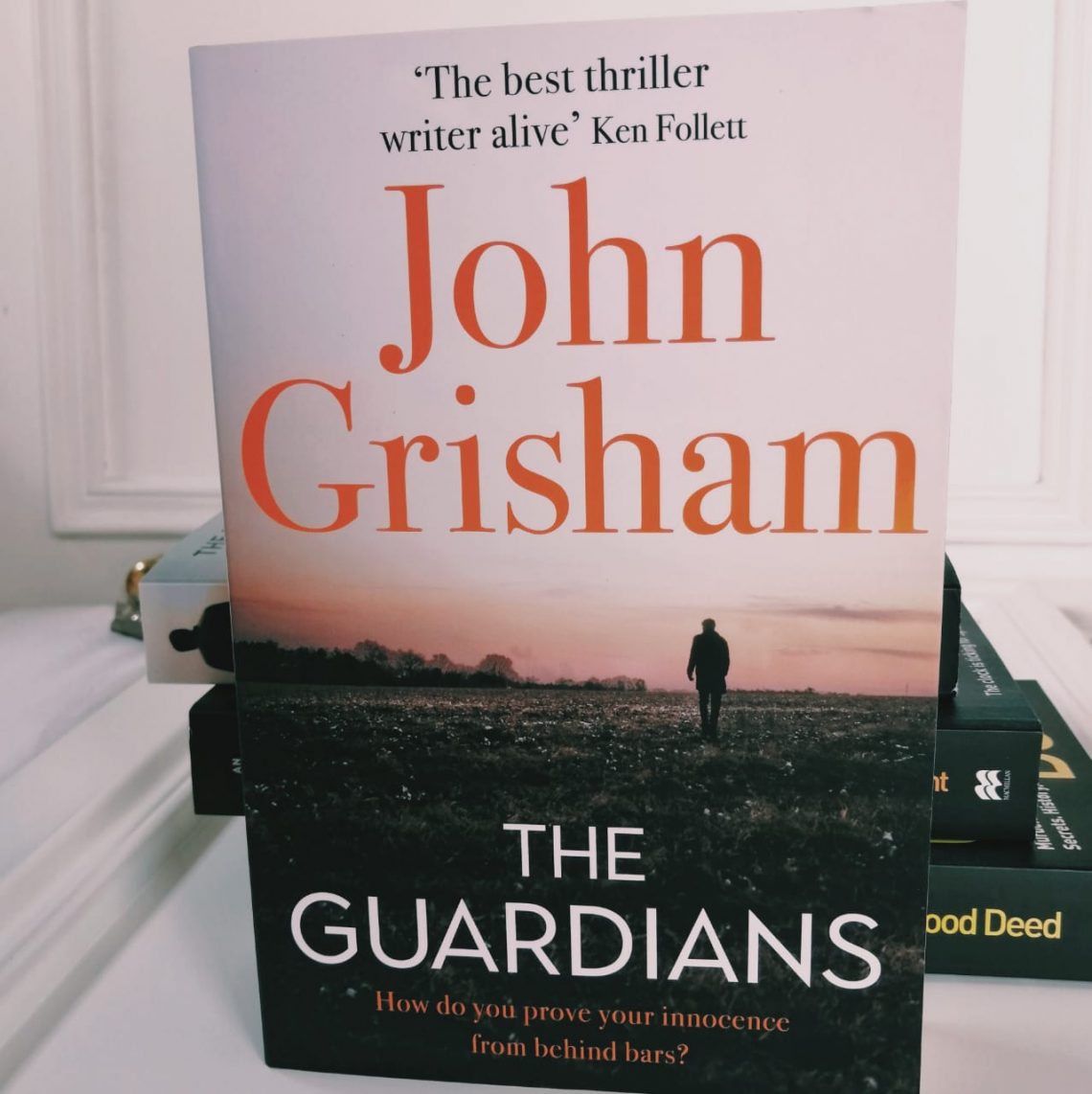 I’ve been trying to read as much as possible in December, so that I can get my book reviews out. Normally those happen on a Friday, but because I have so many to post, I’ll be trying to do a post every day. So if you’re looking for reading material for your festive break, look no further! Yesterday I posted my first review for the week, and today I have another interesting book by John Grisham, titled, The Guardians. I think it’s safe to say I love thrillers, and I love an interesting synopsis. This one definitely had the interesting synopsis, and looked promising w.r.t being an interesting thriller. Was it a good read? Read on to find out……

What is The Guardians about?

In the small north Florida town of Seabrook, a young lawyer named Keith Russo was shot dead at his desk as he worked late one night. The killer left no clues behind. There were no witnesses, no real suspects, no one with a motive. The police soon settled on Quincy Miller, a young black man who was once a client of Russo’s.

Quincy was framed, convicted, and sent to prison for life. For twenty-two years he languished in prison with no lawyer, no advocate on the outside. Then he wrote a letter to Guardian Ministries, a small innocence group founded by a lawyer/minister named Cullen Post.

Guardian handles only a few innocence cases at a time, and Post is its only investigator. He travels the South fighting wrongful convictions and taking cases no one else will touch. With Quincy Miller, though, he gets far more than he bargained for. Powerful, ruthless people murdered Keith Russo, and they do not want Quincy exonerated.

They killed one lawyer twenty-two years ago, and they will kill another one without a second thought.

The protagonist is a pastor named Cullen Post who quit law a few years ago, and co-founded The Guardians, who advocates to free innocent people behind bars. Post seems like a good guy, and I enjoy the dynamics of him and his team. Quincy Miller is the guy who was allegedly framed and Post and his team are determined to do everything in their power to help him.

The Guardians covers some really Interesting subject matter, that gives you a lot to think about. It’s mind boggling and gut wrenching to me that people go to jail for crimes they did not commit. 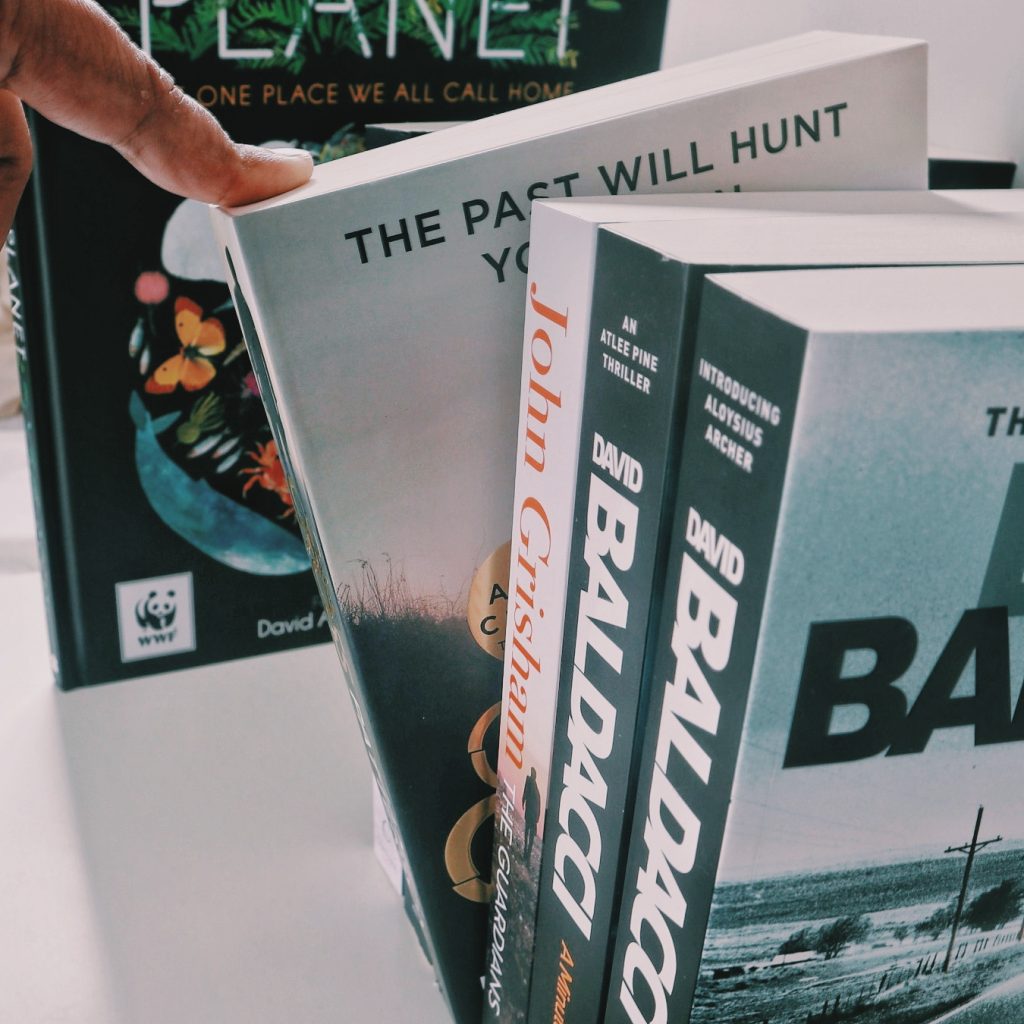 If you’ve watched the Netflix series, Making a Murderer, you’ll know of Steven Avery, who went to jail for a rape he didn’t commit. He was eventually freed, then subsequently locked up again for a murder, that he claims to have not committed. What about the series based on the central park 5 , When They See Us? That series was one of the most gut wrenching things I’ve watched!

As you can tell from my viewing history, I was always going to be intrigued by this storyline!

The subject matter of The Guardians really made me think…about how this happens IN REAL LIFE too often. About the productivity of jail and prisoners in jail. Is there no better way for criminals to serve a purpose in society? When you get to the end of the book, you find out that this book is loosely based on real life events, which is another sucker punch to your emotions.

The actual book though….I enjoyed the first half and Post’s determination to help Quincy. There was an alarming number of characters in the book, and introduced in every chapter….that afterwards, I didn’t really bother trying to remember their names. This book is not really a thriller…. I never thought there was any suspense or build up….or real threat to anybody. Once we hit the last third/quarter of the book, it becomes very much about the law, trial, etc. and it became a much slower paced read.

The subject matter was compelling though, wrongful convictions, executions, the different types of laws and a peep into the prison system. 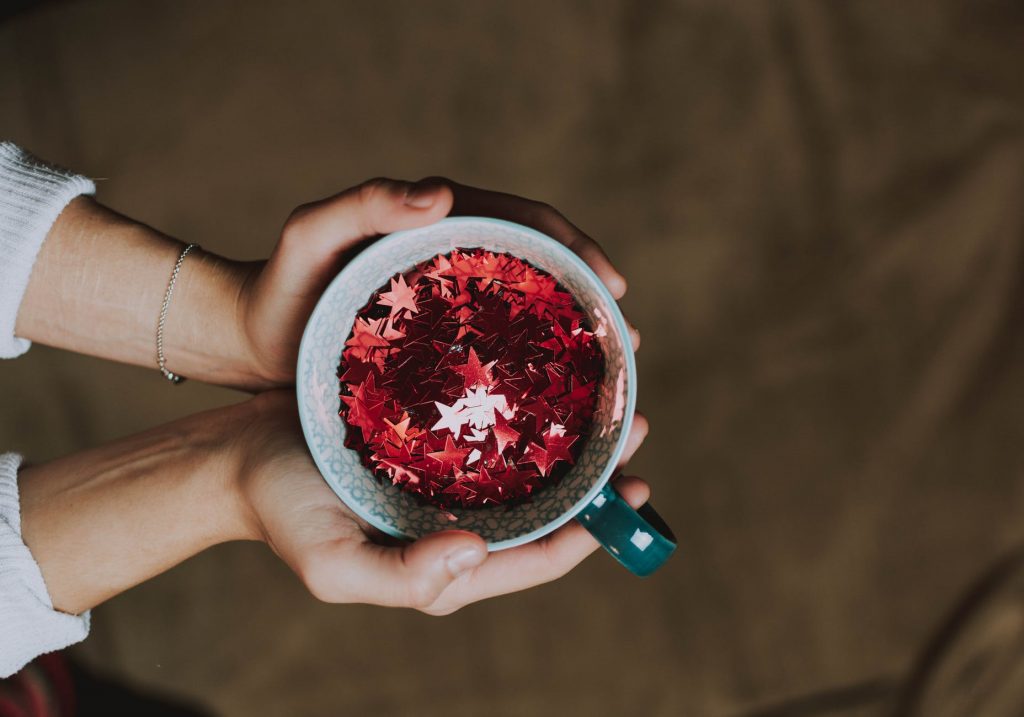 The Guardians has a Goodreads rating of 4.25 stars out of 5! That is an excellent rating, and just so indicative of how differently people perceive the same books. This was a 3 star read for me. Not the best, but not bad. It was a really easy read, uncomplicated, and not bogged down by complicated legal jargon. Everything was still explained in a way that was easy for the man (or woman) on the street to comprehend. I also love how the book really gave me so much to think about.

The Guardians retails for around R285 (currently R249 on Takealot.com) and is available at all leading book retailers.

Disclaimer: This book was sent to me by Jonathan Ball Publishers in exchange for a review. 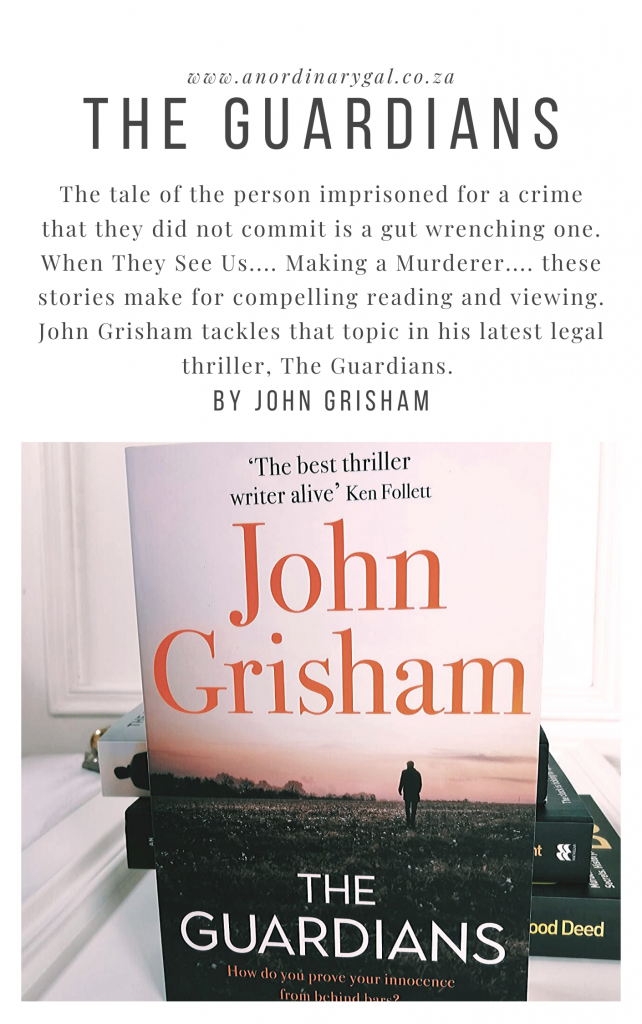 A Minute to Midnight, by David Baldacci {Book Review} 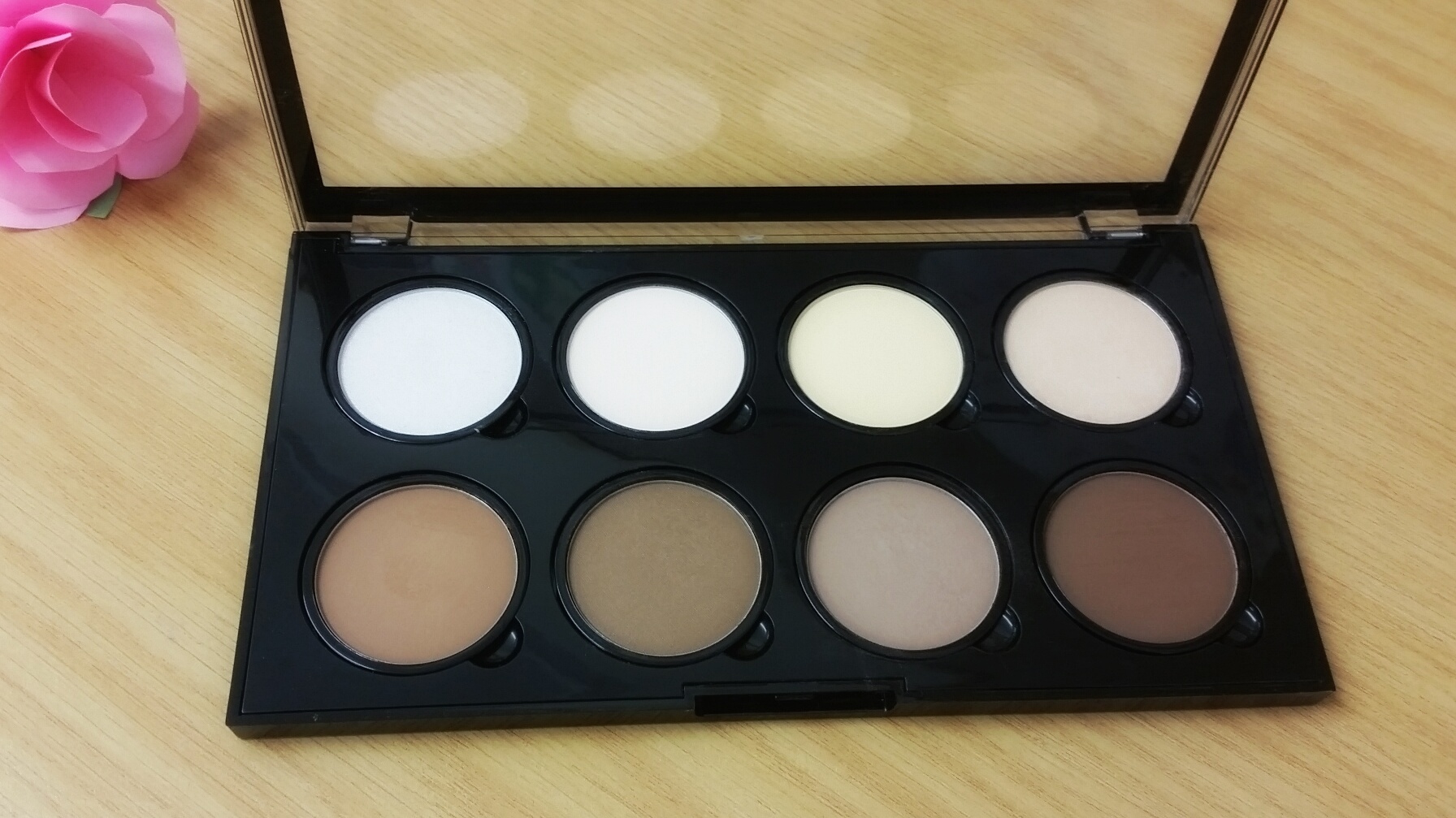 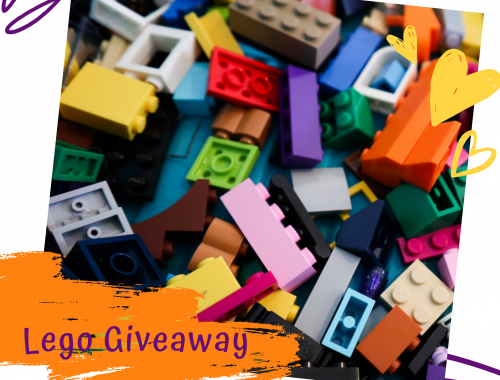 The Benefits of LEGO 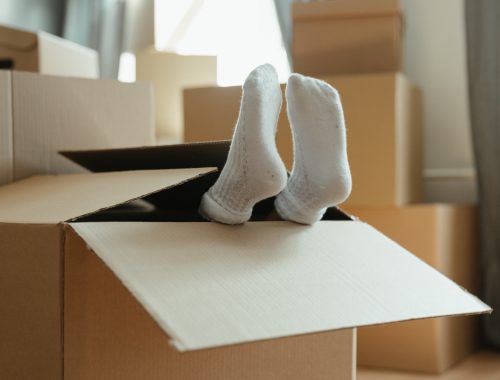