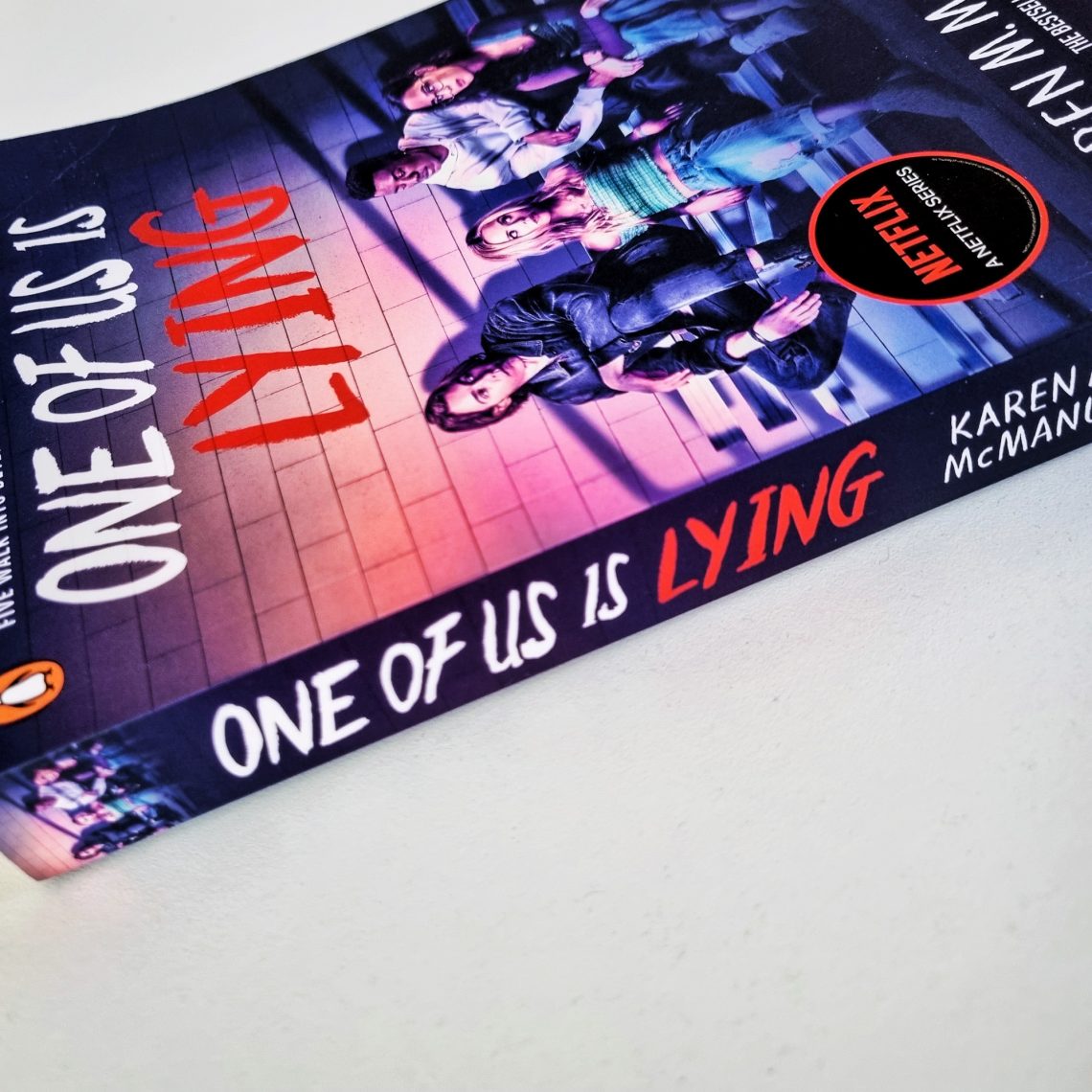 What is One of Us is Lying about?

Pay close attention and you might solve this.
On Monday afternoon, five students at Bayview High walk into detention.
Bronwyn, the brain, is Yale-bound and never breaks a rule.
Addy, the beauty, is the picture-perfect homecoming princess.
Nate, the criminal, is already on probation for dealing.
Cooper, the athlete, is the all-star baseball pitcher.
And Simon, the outcast, is the creator of Bayview High’s notorious gossip app.

Only, Simon never makes it out of that classroom. Before the end of detention Simon’s dead. And according to investigators, his death wasn’t an accident. On Monday, he died. But on Tuesday, he’d planned to post juicy reveals about all four of his high-profile classmates, which makes all four of them suspects in his murder. Or are they the perfect patsies for a killer who’s still on the loose?

Everyone has secrets, right? What really matters is how far you would go to protect them. 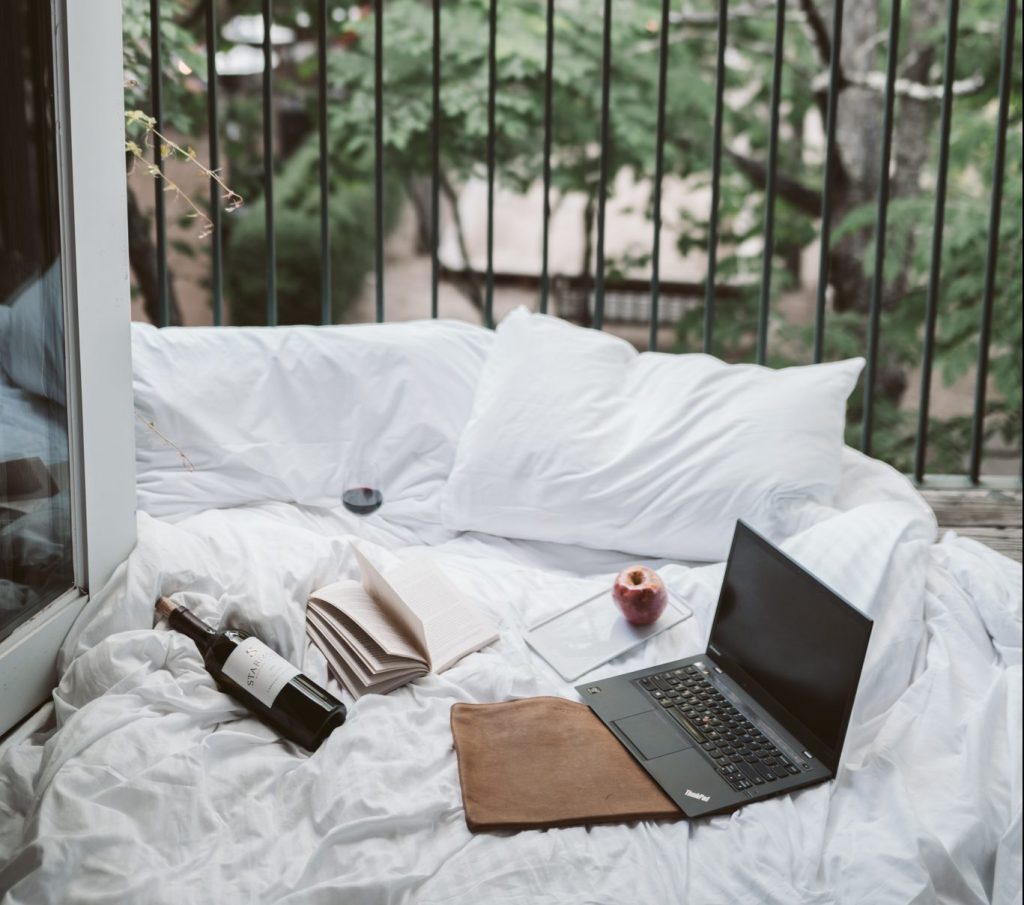 One of Us is Lying reminds me very much of my early 20’s when all the shows I watched featured high school teenagers, with loads of secrets. I think of Gossip Girl, Pretty Little Liars and The OC. One of Us is Lying feels like a bit of a mashup of all of those shows, so I definitely felt a bit of nostalgia reading this. The characters are all pretty much your stereotypical teenage cast…. the jock, the nerd, the bad boy, the pretty girl and our gossip app creator.

I thought this book had an interesting plot. The pace of the book was good and the narration by the different characters kept the book interesting, getting the different POV’s. There’s a murder to solve, and everybody is a suspect….and also acting pretty suspicious. Taking into account that I am NOT the target market for this book, I figure if I read this when I was 15-20yrs old, I’d have been pretty intrigued and impressed with the book.

One thing I feel obliged to mention is that I have seen criticism for the way any sexual identity is dealt with in the book, and used for a bit of shock factor. I think in 2017 (when the book was published), pride wasn’t as loud as it is in 2022. So whilst not appropriate, it’s something I’d just take into consideration…though in no way trying to diminish the feelings of the LGBTQ community.

It’s difficult to rate this book, because, again, I am not the target market for One of Us is Lying. The Goodreads rating is 4.02 and I’d give it 3.5 stars. I think had I read this as a teenager….or young adult, I’d have been impressed and maybe given it up to 4 stars.

Off the bat, there are definitely differences between the book and the series. I feel the book keeps it way more PG than the show does. I was surprised at how much sex (especially by a character that seemed way more conservative in the book) there was in the show in the first episode, just in case you need to make a call on whether the show is suitable for your child or not. It’s not overly graphic, but it’s there. That was a notable difference for me w.r.t the book.

I also feel that the show aims to correct that issue dealing with the sexual identity complaint. I haven’t finished the show yet, but I am told even the endings are not really identical. If you’ve read the book and watched the show, let me know which you preferred!

Disclaimer: One of Us is Lying was sent to me by Penguin Random House SA in exchange for an honest review. All opinions are my own.

The Couple at the Table, by Sophie Hannah {Book Review} 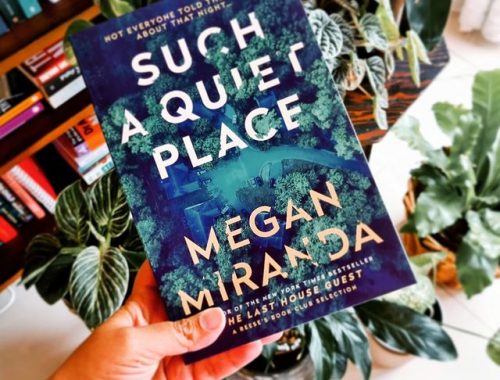 Such A Quiet Place, by Megan Miranda {Book Review} 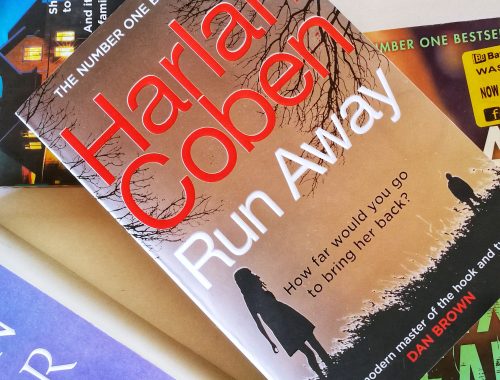 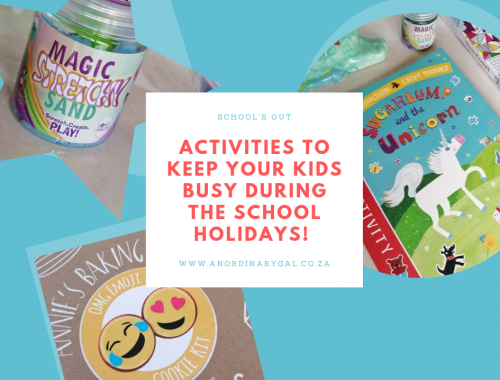